FROM “BICCHERNE” TO CONTEMPORARY ARTIST’S BOOKS 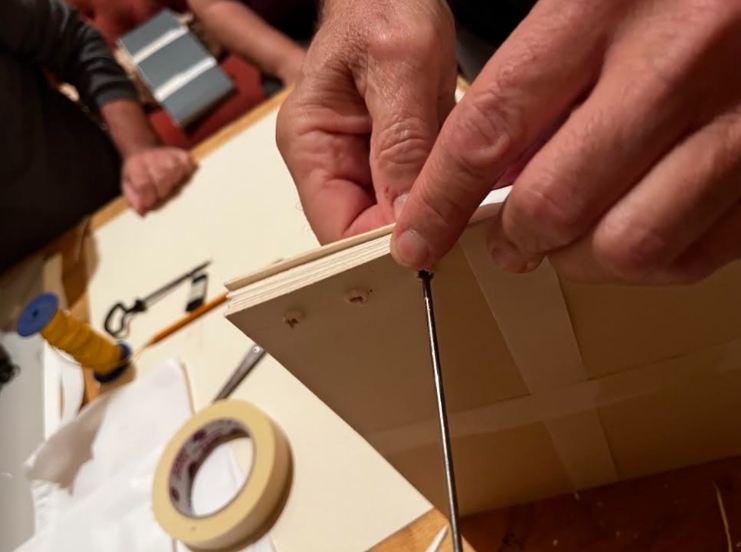 A JOURNEY THROUGH IMAGES AND HANDWRITING

The Biccherna, active from the 12th century until 1786, was one of the main financial magistracies of the Republic of Siena. The name derives from a contraction of the Blacherne Palace in Constantinople, which contained the imperial treasury.

From the name of the Sienese magistracy, the painted tablets with religious, civil, and portrait scenes, with which the account books of the financial administrations of the Biccherna and Gabella were bound, were named in Siena. These magistracies were renewed every six months, and it was customary to have the wooden cover of the book of their term painted with coats of arms and a scene, sometimes with a sacred, or symbolic theme, or related to a particularly important event that happened during their term of office. This is a series of exceptional documentary value on the history and town planning of the city, in addition to the artistic merit of the painted covers, the work of Sienese painters, sometimes among the greatest. The earliest illustrations were essentially of secular subjects and represent a unique testimony of artistic production relating to activities of citizens, untethered from the religious context. It was not until the mid-14th century that we see the depiction of religious subjects.

Taking its cue from the frontispieces of the Biccherne, which highlight the need to stop crucial events for the community with an image, the workshop will focus on the creation of an artist’s notebook by each participant.  The city of Siena and its surroundings will be visited, with special emphasis on the colors and materials of painting and architecture, in order to draw inspiration from details and/or images useful for the creation of the artist’s notebook.

In the previous workshop in Siena, the focus was a look at the city and its surroundings starting from the observation of Ambrogio Lorenzetti’s fresco, preserved in the Palazzo Pubblico: Effects of Good Government on City and Countryside.
It was a look at the permanence in contemporaneity of the traces of the ancient city, painted by Lorenzetti, look inside and outside the walls, through painting and drawing techniques.

In this second workshop, of the city of Siena, the study of the city’s ancient account books, the Biccherne, preserved in the museum of the same name, is taken as a reference.
The Biccherne were decorated in their cover on board support by the greatest masters between the 14th and 17th centuries, including Ambrogio Lorenzetti himself.
These ledgers report with authenticity and truth the daily life of the city in one of its most sensitive parts the economic one.

The aim of the workshop will be to make an artist’s notebook that, like the Biccherne, will be the student’s personal sensitive register. The notebook is a simple direct authentic tool, unmediated by exhibition needs, that the artist possesses to record his thoughts, ambitions, and projects.
The observation of the Biccherne will, thus, be a valuable pretext for participants to construct their own account ledger, their own artist’s notebook/Biccherna, a private, sensitive record of this experience, the goal of the workshop.

We will build our own “ledger,” with simple bookbinding techniques materially assembling our own notebook, and building our own notebook by ourselves, choosing type of paper size and method of construction, already allows us to take a first step of approaching our own inner universe.
Drawing techniques with frottage, pastels and graphite will be used for the final realization of the artist’s notebook.