Phalanstery – Regional Exhibition Organised Within the Framework of the EU4ART Project 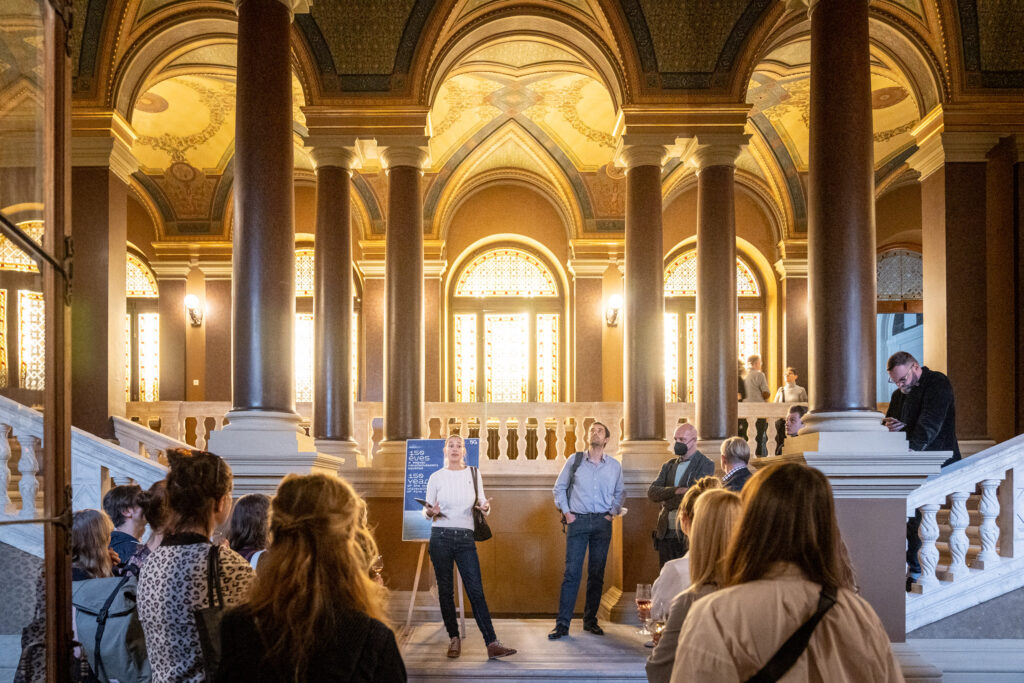 Venue: Public spaces in the vicinity of the Hungarian University of Fine Arts, Room 314 in the Main Building and various online platforms

The notion of the phalanstery has at least two different shades of meaning. According to Fourier’s more than two-hundred-year-old concept, it can refer to a utopia, whereas following the also 19th-century analogy of the Hungarian author, Imre Madách, it has a dystopian interpretation. The phalanstery is also a metaphor: it has been connected to concepts of the present, the past and the future. The students’ – virtual and physical – public space projects deal with questions such as the possible memory of the present in a future phalanstery and with the way the lost memories of childhood might return in various forms. What is a human or an inhuman phalanstery like? Is it allowed to remember in a phalanstery? Questions such as these are linked in a broader sense to the themes of individual and collective memory and the phenomenon of the archive as well.

The students’ works and documentation will be moved from the public space to one of the smallest rooms at the university, Room 314, where they will establish a constantly changing phalanstery-installation. This space is realised with the help of BORSOS LŐRINC.

The exhibition is a regional event in Budapest organised by EU4ART, an Alliance of four European art universities.