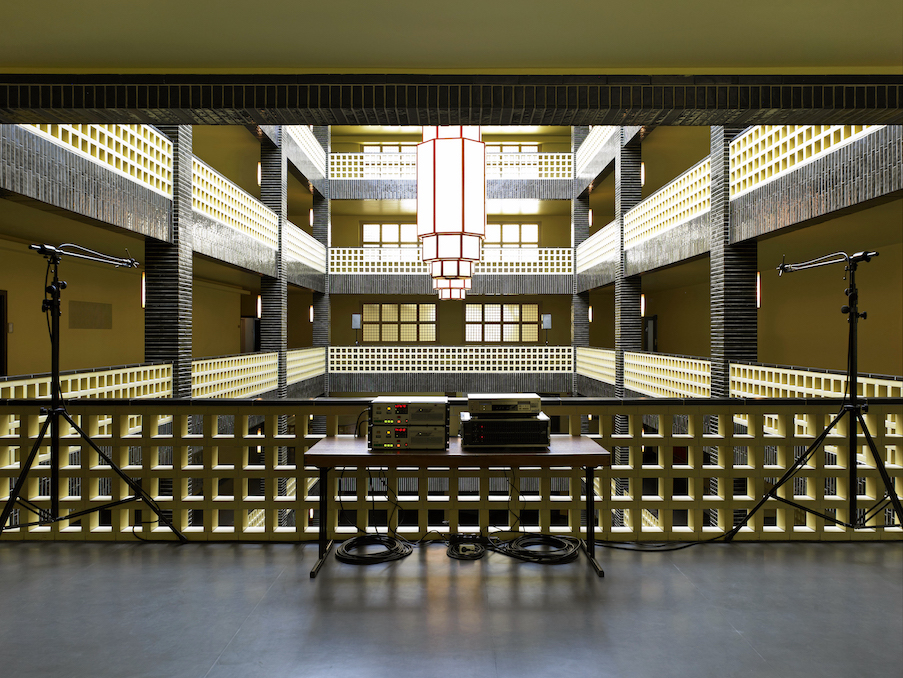 Guglielmo Marconi, the pioneer of radio, suggested that sounds once generated never die, they fade but they continue to reverberate as sound waves across the universe. This evocative idea has been the inspiration for the project Radio International, a series of radio transmitted sound works that will be broadcast during Manifesta 14, Prishtina, Kosovo.

Students from Hochschule für Bildende Künste (HfBK) Dresden, directed by Prof. Susan Phillipsz, have been working in close collaboration with students from the Faculty of Arts at Universiteti i Prishtinës and the Kosovo Amateur Radio Association (SHRAK) to develop a series of radio transmitted sound works which will be broadcast from the 9th floor of Grand Hotel Prishtina to a recently restored Saša J. Mächtig K67 kiosk located on Zahir Pajaziti Square in the centre of Prishtina.

As this edition of Radio International takes place in Kosovo, we developed works that have a close connection to this context. Themes of fragmentation and separation run through most of the works in Radio International. Some works were developed as collaborations while others seek to traverse boundaries and borders. While most transmission art is made to be experienced at home or from a private location the transmissions produced here would be experienced as sound installations in the public realm. Both the Grand Hotel and the K67 kiosk are iconic architectural features of the region, both structures figure prominently in the public consciousness and create a unique framework for this presentation of Radio International. Fragments of the work You Are Not Alone (2009) by Susan Philipsz will be interspersed between each of the students works.